Frisella (or Frisa) is considered one of the most known Apulian specialities in Italian deli. They are crunchy loafs produced with both durum and whole wheat flour. After rising, Frisa are at first precooked and then broken horizontally with a wire crimp. Then it starts the second baking that removes all moisture created during the initial cut. Frisella are ideal to be seasoned with tasty Extra-Virgin Olive Oil, cherry tomatoes, oregano and more. 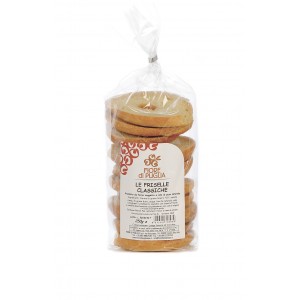 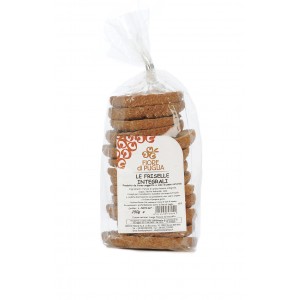